Lake of the Woods… The Eelpout (Burbot) Capital of the World!

Lake of the Woods in Northern Minnesota offers an abundance of different species of fish to catch. Anglers have plenty of choices as to what kind of fish they wish to target, but as the Walleye Capital of the World, most are after that golden predator.  As a diverse fishery, often anglers may catch a species or two they were not planning for.  When ice fishing up at The Walleye Capital of the World and you set the hook on what seemingly feels at first like a trophy walleye, don’t be surprised if what appears in your fish hole is a big burbot!

The burbot or eelpout as some call them are loved by some and disliked by others. Some hope they catch a few and can’t wait to eat the firm white flesh many call “poor man’s lobster”.  Others cut their line to avoid having to touch the fish.  One thing is for sure, Lake of the Wood is a top eelpout fishery, whether you like them or not!  With the numbers of pout and size of pout, is Lake of the Woods also the “Eelpout Capital of the World”? Delicious Fish!  Eelpout or burbot are freshwater cod and have earned a long-overdue respect not only for their strong fight, but their taste. Despite their size, eelpout don’t provide a very big filet.  The meat comes from both the backstraps and both sections of meat just in front of the tail of the fish.

Back in the day, burbot didn’t have a very good reputation.  In fact, many ice anglers would through them out on the ice for eagles and ravens to scavenge up.  Over the years, things have changed and the word is out burbot are delicious.

Cooking Burbot.  There are many ways to cook “poor man’s lobster”.  Some will cube the meat and boil it in Seven Up, Mountain Dew or simply salt water and dip it in melted butter.  As burbot is really cod, the meat is firm and it has a nice taste.  Others will broil or fry it which is good but doesn’t provide that unique taste and texture as boiling does. 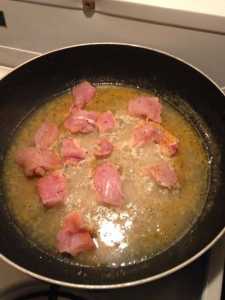 Most burbot are caught by walleye anglers.  Many a burbot have spoiled the big walleye fantasy of ice anglers.  Don’t be suprised when the fish will actually come topside tail first once in the ice hole.  They can really twist and turn, but can’t really wrap around your arm as some describe.

Anglers have come to understand the good eating these fish provide.  If you want a great fight through the ice and a great meal after, get hooked up with an eelpout and tell your friends you had a “bout with a pout”!  Come up and catch some pout on The Eelpout Capital of the World!?

Lake of the Woods… The Eelpout (Burbot) Capital of the World!2020-11-112020-11-11https://lakeofthewoodsmn.com/wp-content/uploads/2016/04/RGB_TourismLogo1.jpgLake of the Woodshttps://lakeofthewoodsmn.com/wp-content/uploads/2019/12/dan-stefanich-clam-outdoors-eelpout.jpg200px200px
Recent Posts
LAKE OF THE WOODS TOURISM
FOLLOW US ON FACEBOOK!